The state of Texas makes available the last statements of death row inmates dating to 1982. These can be found here.

As forensic science advances, more and more inmates have been exonerated. While living inmates, in some cases, have limited means to pursue their exoneration, I wondered about those who have already paid the ultimate price. I dug through the last statements of over 500 inmates, exploring what these people voiced with their last breaths. The word cloud below illustrates the frequency of the most common words used.

As I read them, what shocked me the most was the number of people who proclaimed their own innocence with their last words. Examining these last statements, I placed them into three broad categories: those that proclaimed innocence, those that confessed guilt, and those that did neither. I realize that this is somewhat subjective, but I think I was rigorous in what I allowed to be placed in the “proclaimed innocence” or “confessed guilt” categories, as perhaps can be evidenced by the large number of statements falling in the “neither” category. Here is the breakdown. 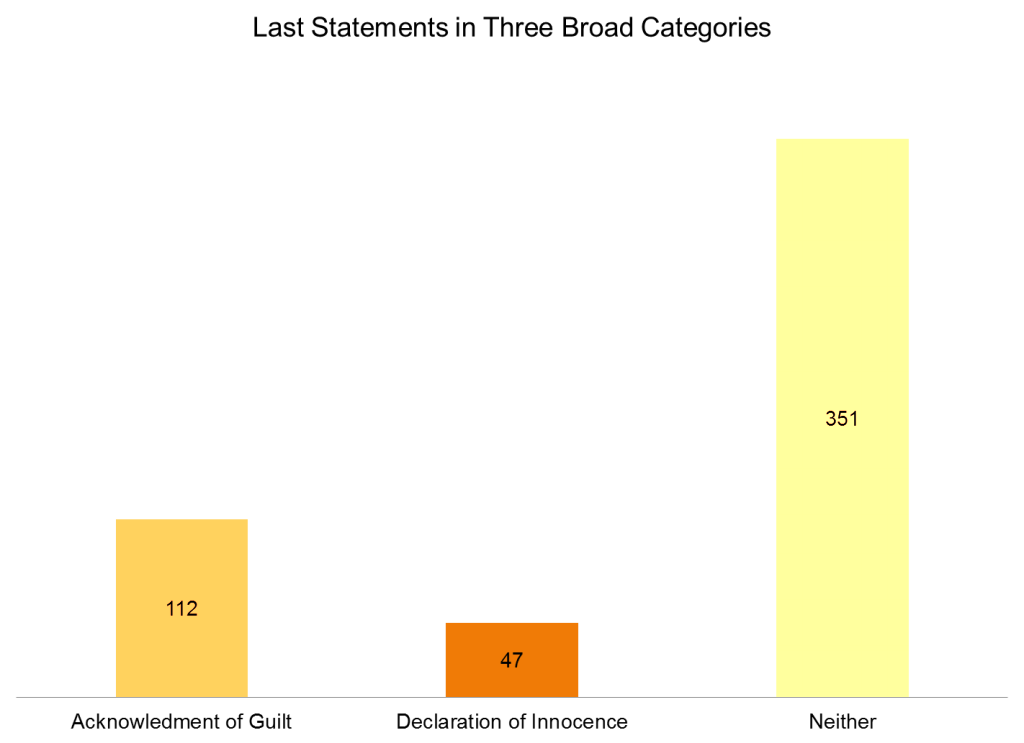 I studied further the last statements that fell into the “proclaimed innocence” category. I evaluated these by race (the three broad races that Texas denotes as well as ‘other’) and by year. 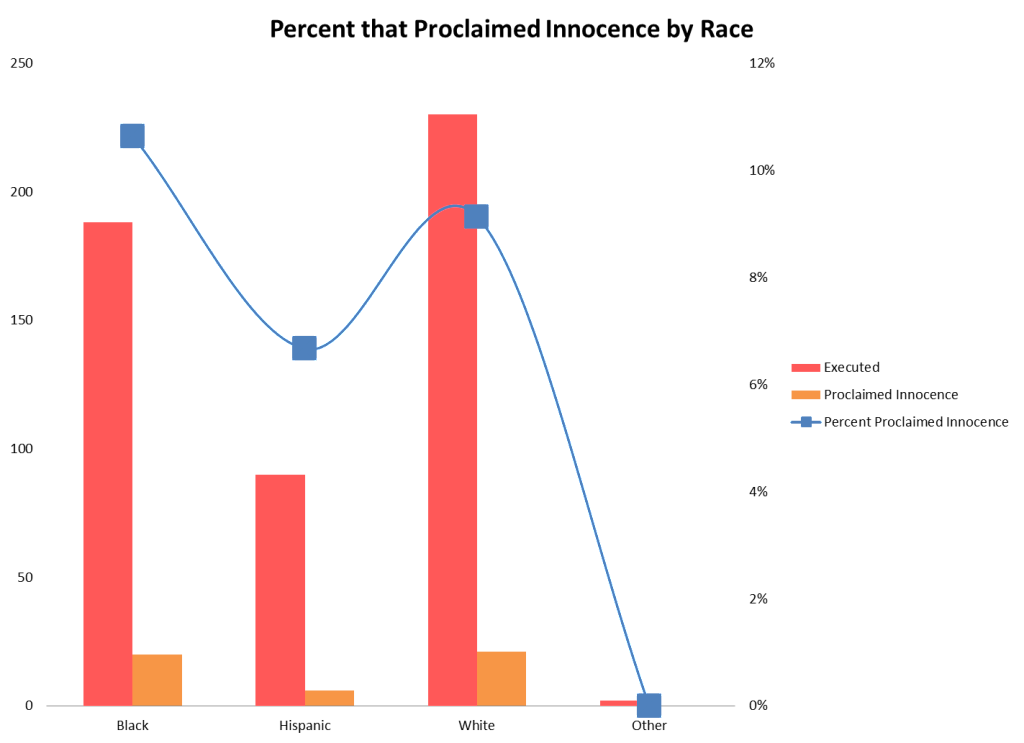 The small differences in the percentage of people who proclaimed innocence here are statistically negligible.

Once again, there is no particular trend that can be discerned looking back year by year.

With this limited sample size, this further examination did not shed further light on those that chose their last words spoken or written to be an expression of their innocence.

One thought on “Last Statements of Texas Death Row Inmates”