After devoting several hours of my precious life to watching Olympic Curling on television this year (not to mention the Tim Horton’s Brier), I wondered if quadrennial events, events that occur every four years, like the Winter Olympics, tended to prefer a particular set of four years. I found it odd that three of the most prominent of these events in my mind, the Summer Olympics, the Winter Olympics, and the World Cup all occurred on even sets of years.

To find a somewhat comprehensive list of Quadrennial events, I searched Google for “events that happen every four years,” and took note of every event that I could find within the first ten results. I had also tried searching “quadrennial events;” however, that resulted mostly in obscure events such as “The Quadrennial Alaska Brain Injury Conference” or ” The Mark Twain Quadrennial Conference” while leaving out major events like the World Cup. I wanted the resulting list to be totally contained within the first page of one Google search, so the Mark Twain Quadrennial Conference will have to wait for another project.

From my results, we can see a clear preference for even years: 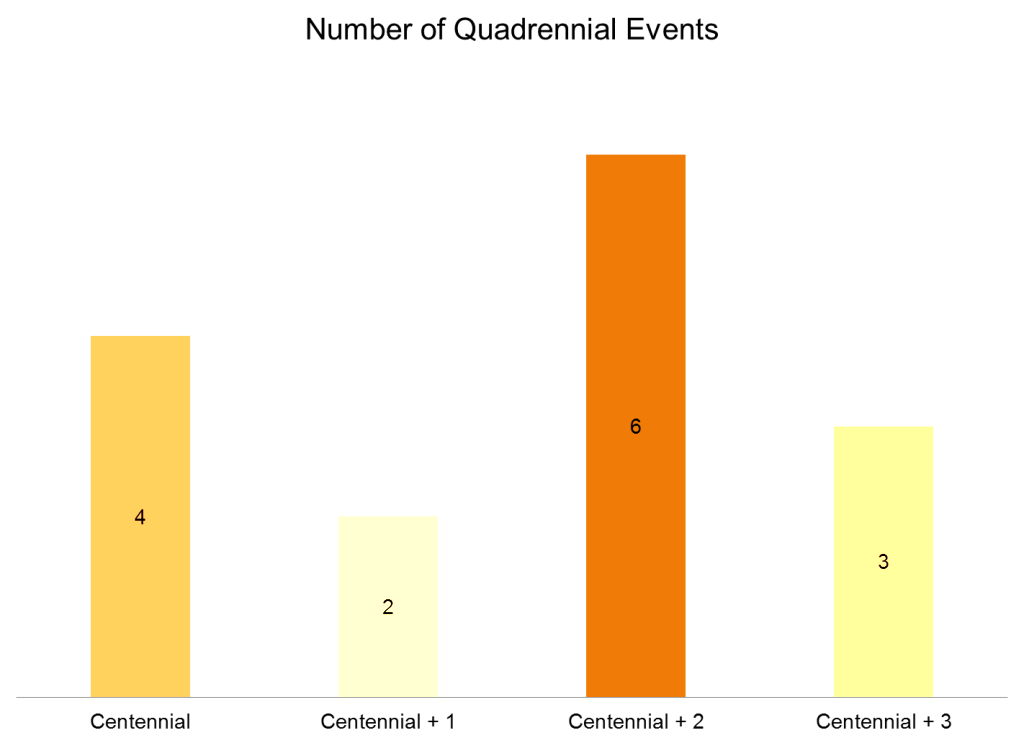 Moreover, when we look at what the actual events are, a preference for the even sets of years becomes clearer when we take into consideration scale and importance. This is not to downplay the significance of the events that occur on the other years, but surely the Summer Olympic Games and the World Cup attract more attention and coverage than the events that occur in the “Centennial + 1″ and the “Centennial + 3″ category.