The International Space Station has been serviced by two manned spacecraft, the American Space Shuttle and the Russian Soyuz. Since the decommissioning of the Space Shuttle Program, the Soyuz remains the only spacecraft to transfer crew members to and from the ISS. I wondered how the retirement of the Space Shuttle effected the launch rate of the Soyuz spacecraft. The bar graph below illustrates the frequency of Soyuz launches beginning with the first manned mission to the ISS. 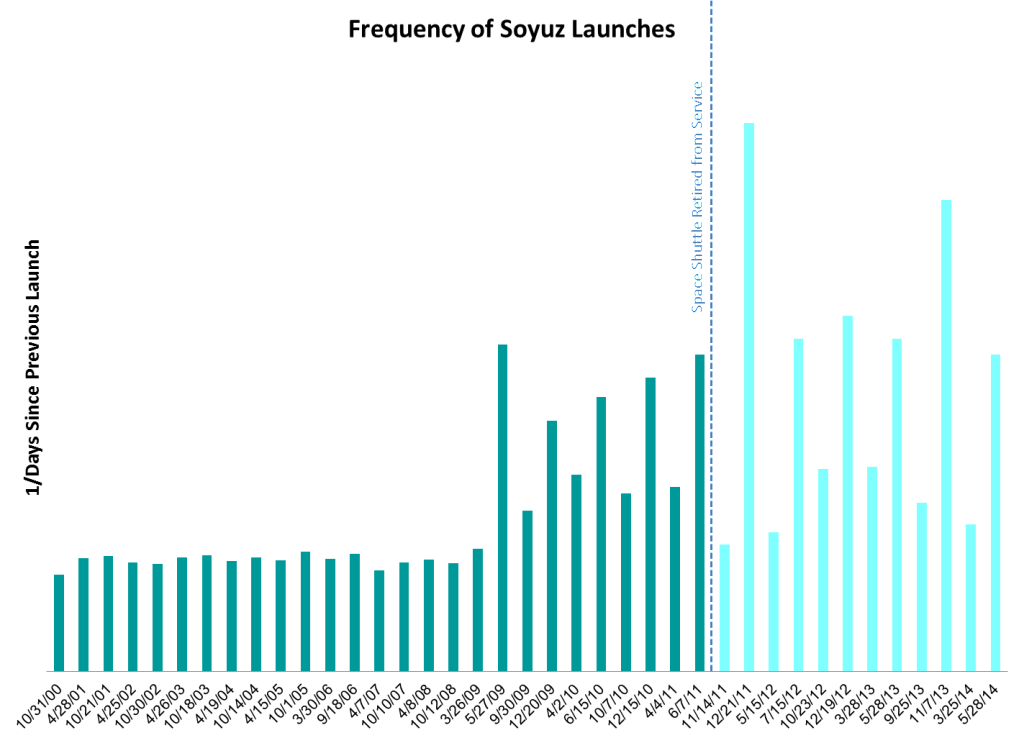 Beginning in 2009–two years before the decommissioning of the Space Shuttles, but only one year before their scheduled decommissioning–the Soyuz spacecraft jumped from making a steady two launches per year to four launches per year. The staggering shown toward the right of the graph represents the Russian Federal Space Agency’s tendency to launch two spacecraft in quick succession, wait a while, then launch two more.

The continuing development of the Dragon V2 spacecraft and others like it, as well as mounting tensions with Russia will likely impact the way astronauts and cosmonauts travel to and from space in the near future.