Citi Bike in New York City makes available some limited system data on a month by month basis. Here, I take a look through the data for July of 2013 and try to extract a better understanding of the users of the largest bike share program in the United States. 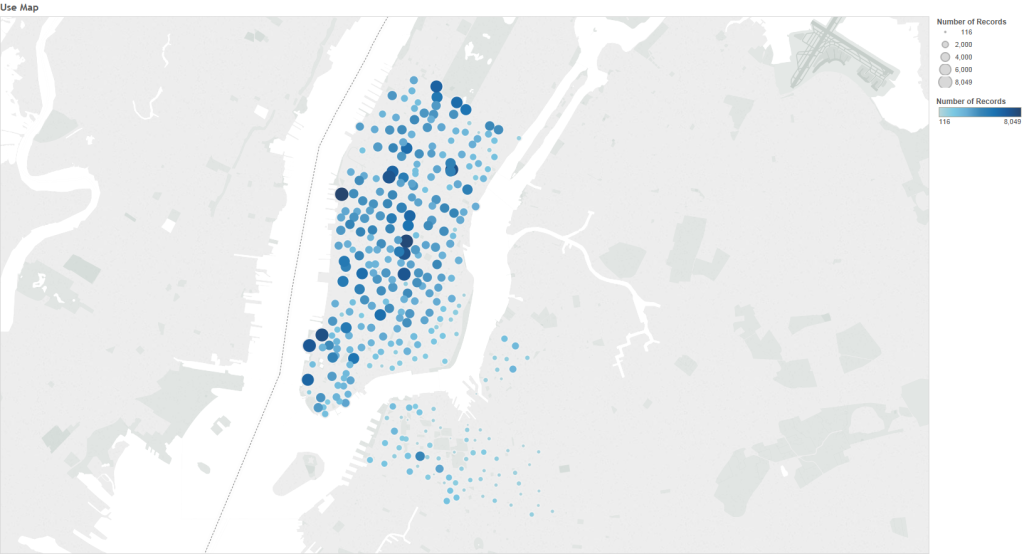 Citi Bike only covers a small portion of the area of New York City, Manhattan below central park and very limited portions of Brooklyn. We can see that use in Brooklyn and Alphabet City is significantly less than the other areas of coverage.

Next, I wanted to know when people use Citi Bike the most, and for how long. The graph below shows start time of Citi Bike trips by hour. The color represents the average duration of the trips that began in each hour.

And now a similar graph with the end time of trips. 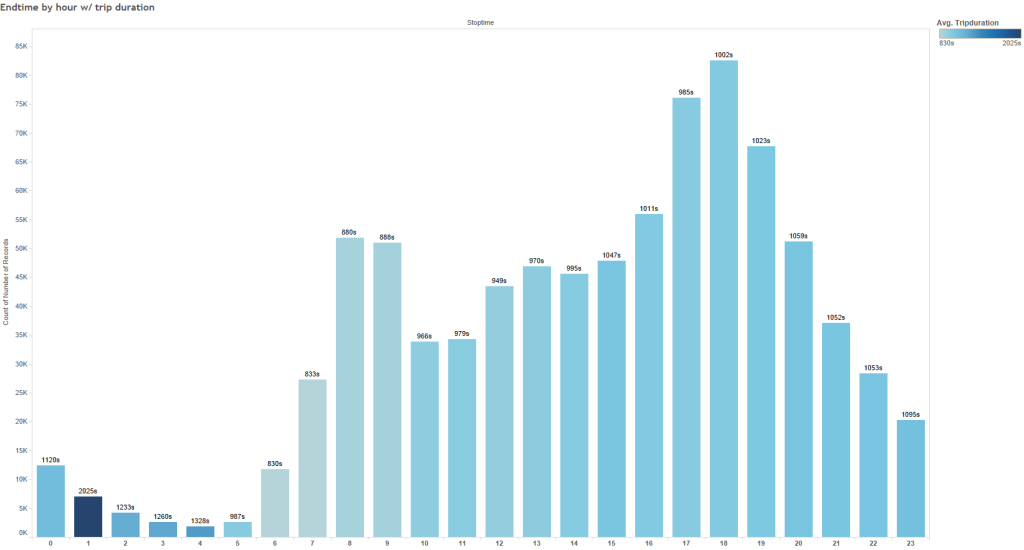 Mostly, we see what we would expect. The spikes occur when people are commuting to and from work. We can even see how many people start their trip for work in the 8:00 hour and arrive in the 9:00 hour, with a similar phenomenon in the afternoon during the 5:00 and 6:00 hours. We also see that those rides in the small hours of the morning tend to be the longest.

Next, I wanted to know some more about the demographic of the riders. Below is a graph showing the breakdown of Citi Bike annual subscibers by birth year. 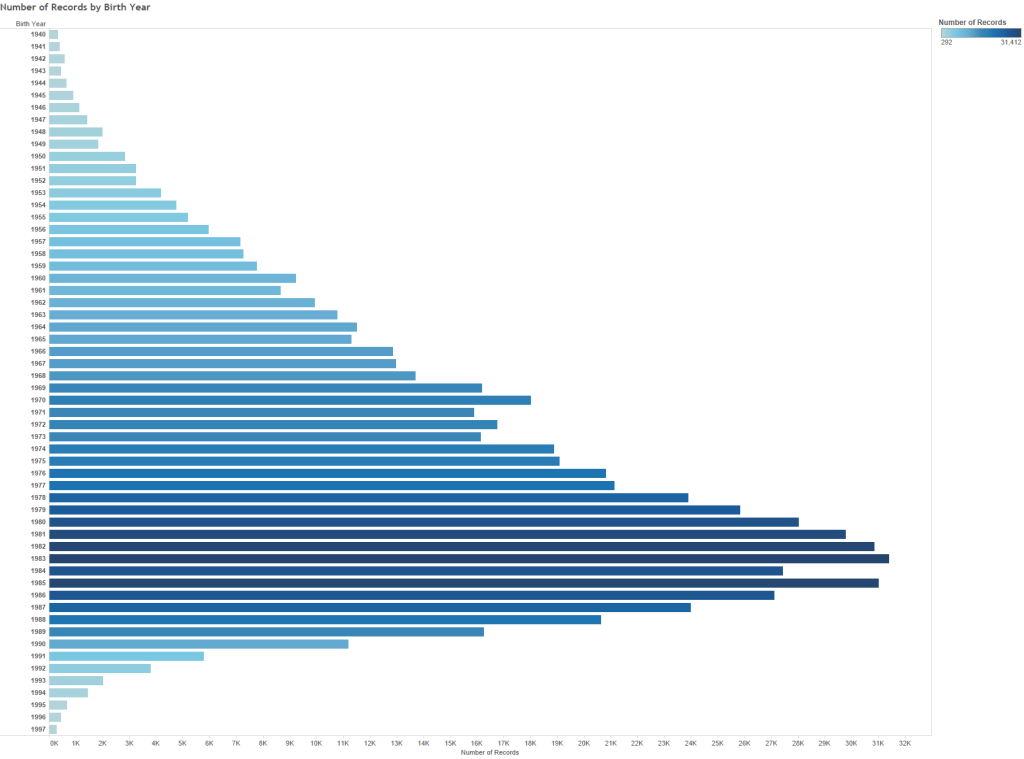 We can see that Citi Bike is most popular with people ages 25-40, and especially so with people who are 29-35.

Now we explore the Gender break down. Also, I looked into how gender correlates with the average trip duration. 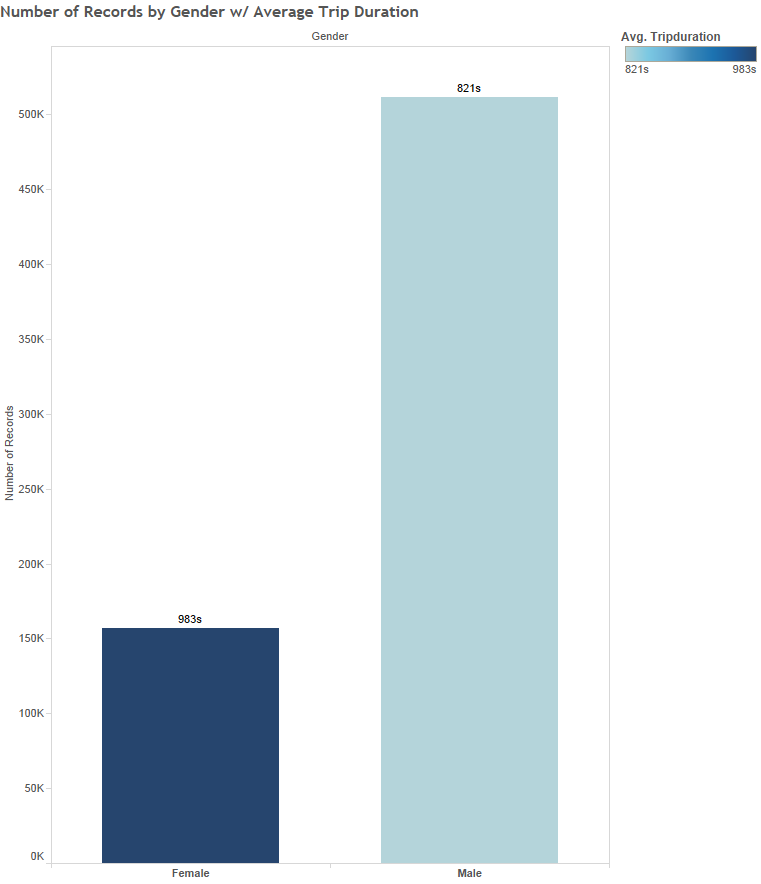 We can see that males more than triple females in the number of subscribers, and they tend to have slightly shorter trip durations. Keep in mind that this still only applies to annual subscribers. One time customers are not required to give their personal information.

So, how much of the use of Citi Bikes is devoted to the annual subscribers? 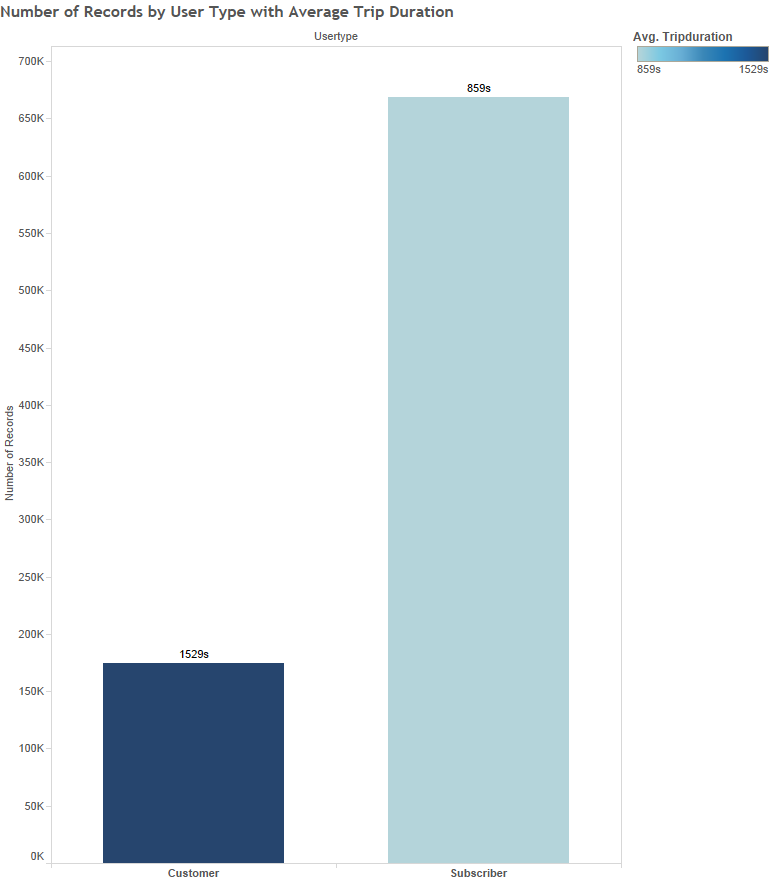 In a short time, from limited data, we now have a better understanding of the users of New York City’s bike share program.